Brigham Alcorn (balcorn80 at hotmail dot com) submitted this mod to add a low input jack to the Chadwick Single Channel. Here are the instructions. Thanks Brigham!

Drill hole for new jack next to old one, and install new jacks. I used insulated Cliff jacks, as the switching performed by the various jacks is important.

Cut trace between between C2 and R5.

replace old input wire with shielded wire to whichever jack you want to be the high-gain input.

It really was THAT easy.

It looks like the bias supply has plenty of juice to bias up the 6550's where they are happy. It sounds REALLY good with 6550's. Especially on the Clean input. 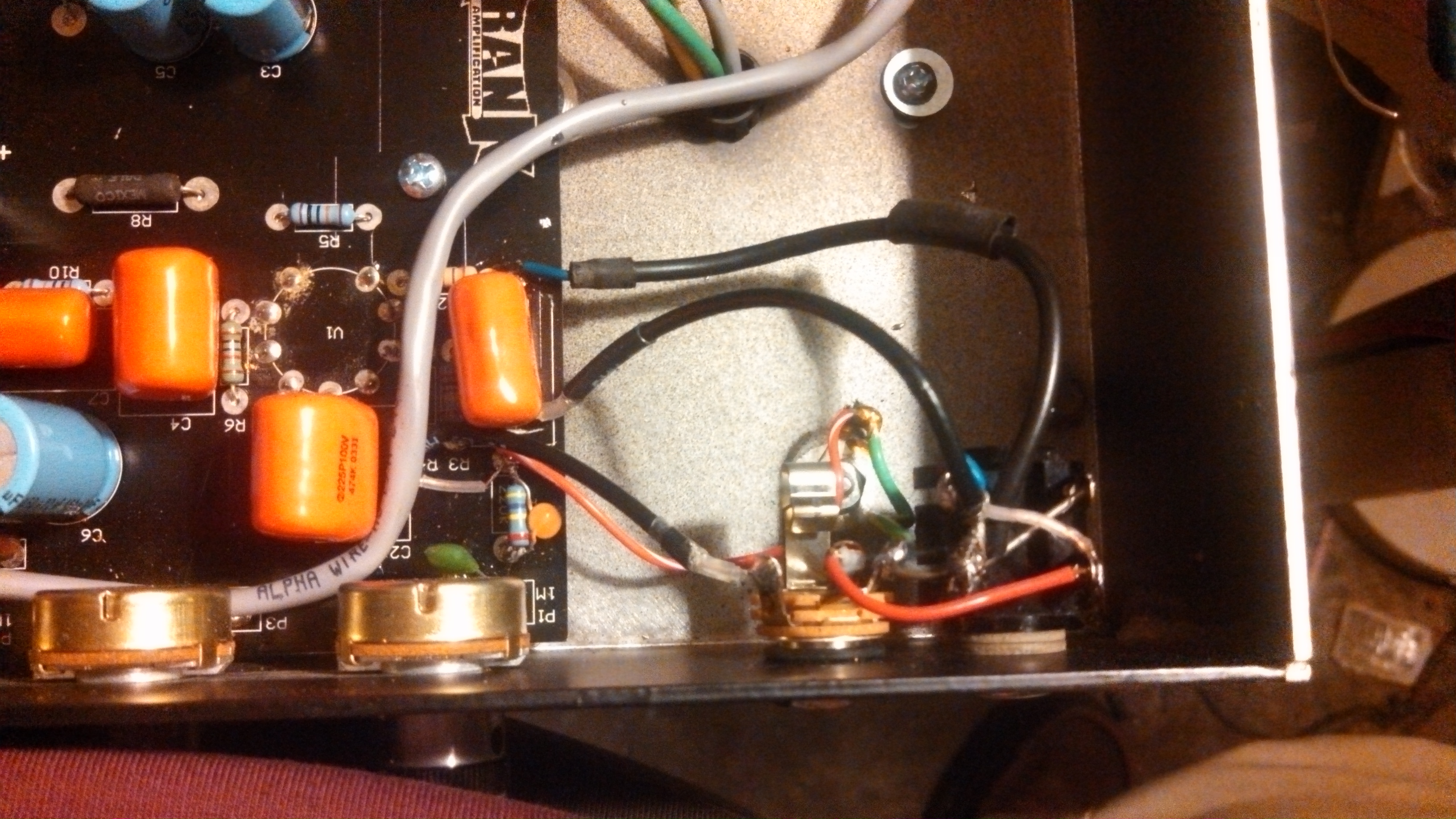 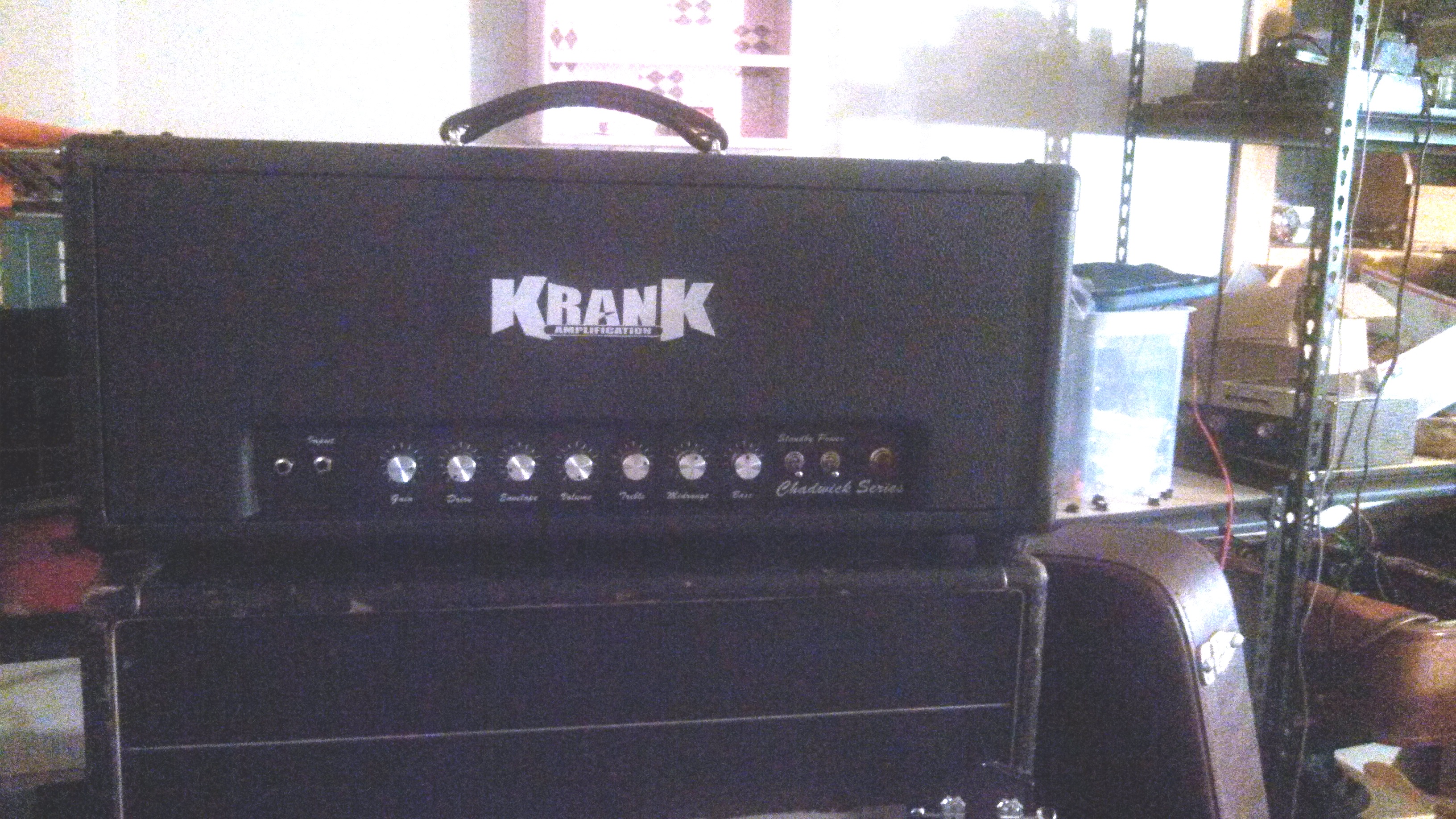 Name: Allan Chadwick
Comment Date: 4/17/2015
Comment:
The power transformer *should be okay, but I'm not sure that you would have consistent results with the output transformer because of plate transconductance being wired for 6l6s. Check out comments off the schematic page for more opinions on that. :)